If you know of someone whom you believe may be worthy of enshrinement in the North Dakota Softball Hall of Fame, download the nomination packet below and submit all of the necessary information to the State Office by December 1st.

The Hall of Fame Council meets in January to make their selections, which are then announced in the Spring Edition of the "Softball News". The newest inductees are honored each April in Jamestown, where the Hall of Fame plaques reside as part of the North Dakota Sports Hall of Fame inside the Jamestown Civic Center.

In addition to our state Hall of Fame, the local associations in the Fargo-Moorhead area have a Hall of their own. Download the application below to submit a nomination.

Written by Walt Stack for the Spring 2017 edition of "Softball News"....

Thompson appointed a commit-tee of three whose terms were of a lifetime tenure. This committee has been expanded over the years to include appointed members, the purpose being to create a more knowledgeable working group with a state-wide contact with the game.

In May, 1957 Marvin Theige of Harvey offered a resolution to the Harvey Recreation Council that a permanent Hall of Fame committee be established to promote the Hall of Fame and sponsor an annual Hall of Fame softball tournament. The first tournament was staged in conjunction with the official dedication of the North Dakota Hall of Fame on July 7, 1957. The Governor of North Dakota and Hall of Famer elect, John E. Davis was the dedication speaker.

Seven members were initially inducted into the Hall of Fame including:

In 1961 under the direction of State Commissioner Duane “Tiny” Schafer, plans were begun to raise funds by NDASA to construct a Hall of Fame building. A fundraising drive was begun in 1961 and completed in the summer of 1962. Ground breaking ceremonies were held during the 1963 Hall of Fame softball tournament with the mayor of Harvey, Gordon Paulson along with State Commissioner Duane “Tiny” Schafer and the president George Gardner of Grand Forks.

Plans for the building were finalized in 1963 centered around a building character theme which was conducive and complimentary to a softball motif. NDASA provided a grant in funds in the amount of $3,058 while the Harvey Park Board bore the building costs with retention of title to the completed building. The building was constructed late in the summer of 1964 to be ready for occupancy and dedication in 1965. Governor William L. Guy was the speaker at the official dedication of the facility June 26 and 27.

The North Dakota Softball Hall of Fame has since been moved to the Jamestown Civic Center where it shares space and a place of honor with the Halls of Fame of several other amateur sports. 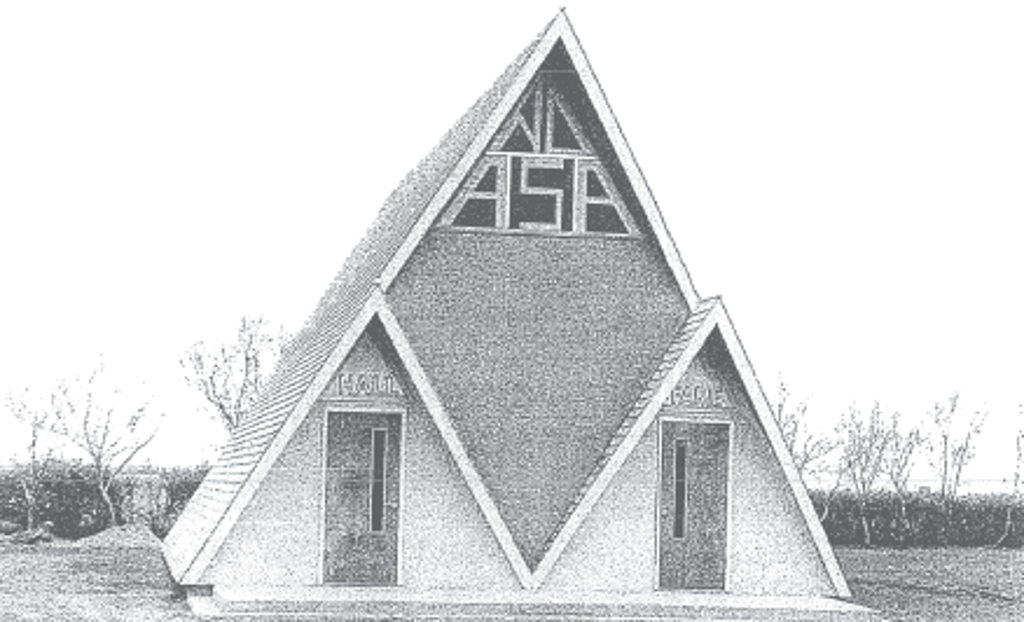 The theme of the original Hall of Fame building reflected the fact that it was to house the memorabilia of softball in the state of North Dakota. The center facade of the building symbolized the softball diamond and playing field. Located at the pinnacle and incorporated into the window design, is the identifying insignia of the North Dakota and National softball organizations.