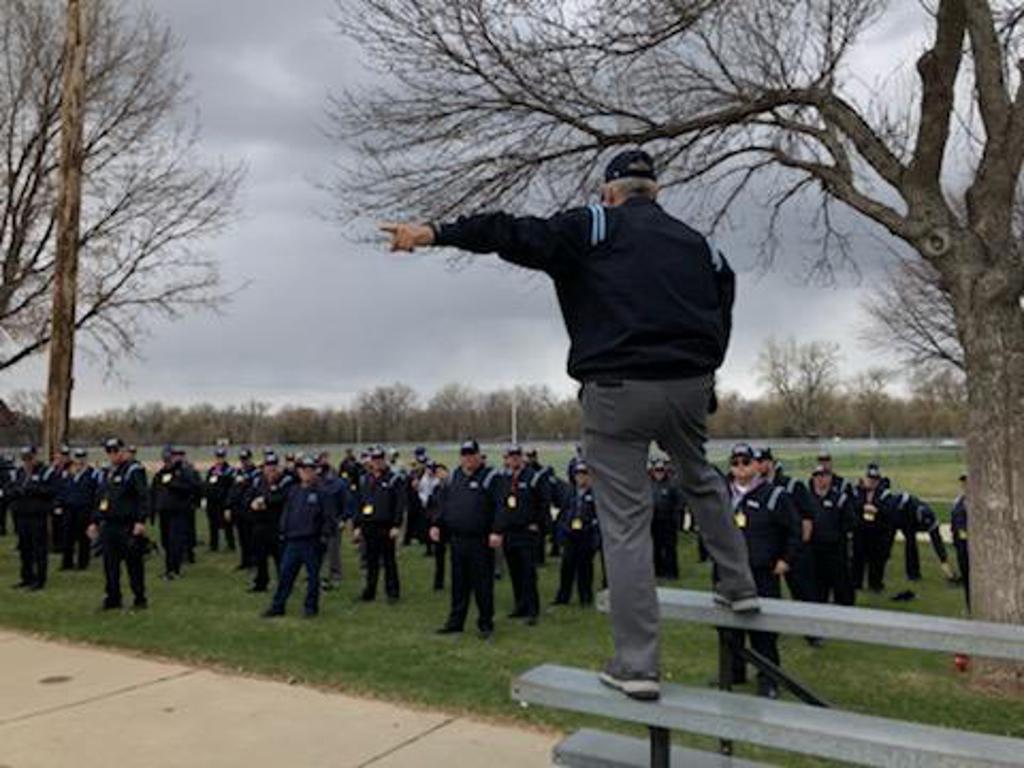 On April 26-28, the Bismarck Softball Association Umpires hosted a National Umpire School which drew just over 100 umpires for the three day event.  If April seems a bit early for running umpire drills outdoors, you were probably right.  The weather was not very hospitable but fortunately an indoor facility was available which provided the classrooms needs plus a roomy gymnasium for running drills.

State Umpire in Chief Mike Wolf of Bismarck along with Bismarck umpires Elliott Gerhardt, Terry O’Clair, Alan Ziemann and Tim Kilber made the arrangements for the facilities and all the other details which are involved in hosting this National event.  Four members of the National Umpire Staff conducted the clinic in both indoor classrooms and outside diamonds.  They were Larry Montgomery from Tupelo, Mississippi, John Wright from Olympia, Washington, Steve Roscia from Lyman, Maine and Region 8 Umpire in Chief Steve Riswold from Sioux Falls, South Dakota.  Topics covered included Umpire Mechanics, Game Control, Obstruction and Interference and communicating with your partner on the field.  A South Dakota vendor was available during the entire three days of the event and had the latest in umpire dress and equipment available for sale.

This was one of the last of the National Schools to be held and it appeared that our turnout of just over 100 students was the largest in the country for 2019.  Thanks and Congratulations to Mike Wolf and his deputies and everyone else who helped make it a success.